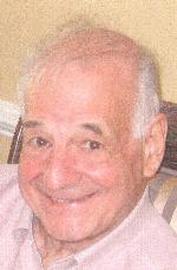 Air Force Academy cadets may not recognize his name, nor know that his legacy for all cadets will live on forever because he cared about all of them and wanted to do something to show it.

In 1996, C1C Dennis P Rando of East Bridgewater, MA, lost his life in a flight training accident at the AFA. Nine cadets attended the hometown services. Eight cadets paid their own way to attend the funeral of their cadet brother and the ninth was an escort sent by AFA. At that time, Bob Caggiano was President of the Eastern Massachusetts Air Force Academy Parents’ Association

Upon learning that the cadets had to pay their own plane fare, Mr. Caggiano was determined to find a way to reimburse them. Bob asked cadet parents and cadet parents’ associations to contribute in support of his efforts to assist those cadets. Those efforts would lead to donations well beyond what was needed so he decided to honor the memory of C1C Dennis Rando by creating a memorial fund that would cover the cost of transportation for a limited number of cadets to attend hometown funerals of fallen cadets. In 1996/1997, he worked with then Superintendent, Lt. General Paul Stein, to establish the means of how to set up and use such a fund to benefit the cadets.

The two men were able to overcome all obstacles that a cadet would face at such a tragic time, and found a way to cut through the red tape and make the fund almost instantly available when needed. They extended the use of the fund to cadets who had no financial means available to get them home in an emergency to be with family during serious illness or to attend services.

Fourteen years later, the Rando Fund’s donors, comprised of AFA parent clubs, cadet families, graduate families and friends of cadets have donated over $375,000 and provided transportation costs for many cadets.

I was privileged to be the first president of the Rando Fund, and to help write its charter. What was so remarkable to me was that Bob wanted to make sure every detail concerning the fund would lead to an act that would ease the burden and stress that a cadet would be dealing with during tragic times. His intention was to be sure those closest to the cadet would not be excluded from hometown services for lack of money, and that the fund be a gift of caring and kindness to the emotional state cadets experience when they lose someone unexpectedly. He didn't want the fund to be about a plane ticket, but a gift of love from people who were grateful for the sacrifices AFA cadets may have to make in their careers, and a way to currently thank them for their service by giving something they needed in an emergency. For all of his efforts, Bob was rewarded countless times by the heart-wrenching letters from cadets, expressing their gratitude for the Rando Fund and what it meant to them to have it available when needed. Priceless!

One hundred percent of every donation made to the Rando Fund goes to benefit the cadets. The Fund has no paid staff and its few administrative costs are paid by the US Air Force Academy Endowment. Bob donated his services as a CPA to establish the Fund as a 501 (c) 3 charitable organization, and maintained its accounting and annual filings since its inception. Volunteers include a current president, Jack Bernazzani, and trustees who help with fundraising.

The family of Mr. Caggiano has asked that in lieu of flowers please send donations in his memory to the Dennis P Rando Cadet Humanitarian Fund
To make a tax deductible donation, you may choose one of two ways to donate.  For a donation using a credit card, go to the Endowment’s Rando Fund link:  https://giving.usafa.org/give/rando

You may also send a check made payable to: USAFA Endowment” with “Rando Fund” printed on the check memo line to:

Note:  Please be sure to include a note indicating the Rando Fund as the intended recipient of your donation, along with your or your organization’s name and address.  This will enable the Endowment to send a letter of acknowledgement and ensure that your donation goes to Rando Fund.